Today was Isla's last adjustment with the NAM and to our surprise, we also had our pre-op appointment. They feel as if Isla has done so well that she is ready for surgery now and so they've bumped up her surgery date to next Wednesday. It's only a week earlier than originally scheduled, but nonetheless...it's a week early and only 6 days away! And I don't know how I feel about this. There are so many emotions running through me right now (anxious, happy, scared, sad, nervous, excited) and I don't know how I'm going to handle this...but the doctor suggested valium, ha.

I know Isla is ready for this stage to be over and to be done with the NAM! As we were leaving our appointments today and I was getting the kids in the car, I noticed that Isla didn't have her NAM in her mouth...when I know for a fact she had it on when we left. I looked high and low, under cars in the car seat, in the car, stroller...everywhere for that damn NAM and it was nowhere. Isla had ripped it out, but now I had to figure out where she threw it. So as I'm unloading the girls again, I find it in between her car seat and the car seat base...broken into two pieces!! I freak out, grab the girls and run back into the doctors office. I'm in tears at this point, because I've had to put this in Islas mouth everyday to get the progress we've gotten and I did not want to loose any progress with surgery now only being less than a week away.

The doctor comes out to talk to me and pretty much laughs at how distraught I am over this. I mean come on...a grown woman crying her eyes out about a retainer, lol.  He said, that everything is going to be fine and that surgery is so close, a few days without it isn't going to hurt anything at all. So there is a blessing that the surgery got bumped up a week, because two weeks might have been too long to go without the NAM to get the results we want. Everything happens for a reason, right??

But I'm already starting to mourn Isla's smile...I remember when I first found out Isla was going to be born with a cleft, I would read the blogs of other moms and I ALWAYS came across an entry that said "I'm going to miss that wide smile". And I remember thinking (as many of you might be too)...how? Don't you want your child to have a smile like everyone else? Well...here I am, and now I'm saying the exact same thing. I AM going to miss the smile that Isla was born with and I AM going to be very sad to see it go. But I guess I'm lucky in the sense that I will have two smiles to fall in love with that will both be Isla's.  So between now and then, you better bet I'm going to be taking lots of pictures! 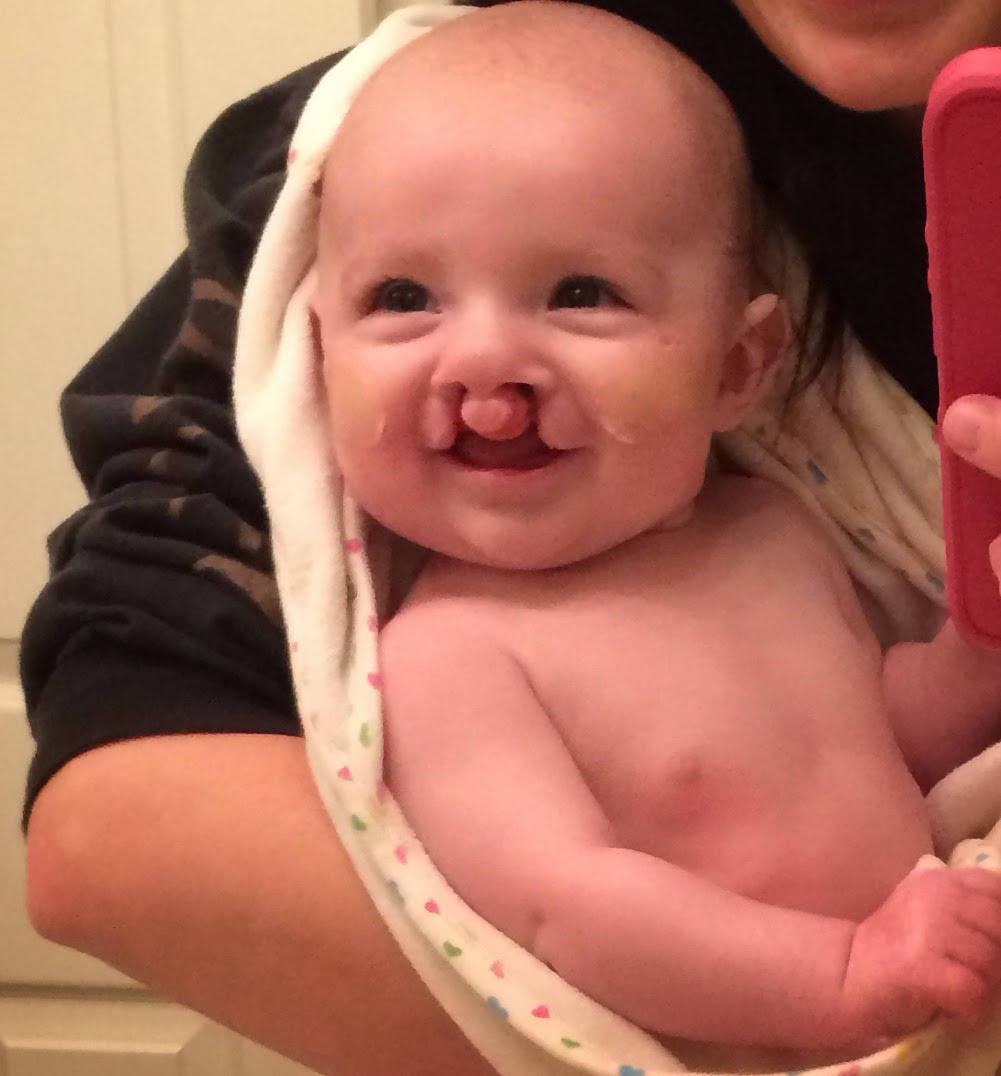