The NAM is back!!

This morning I woke up and Isla had been without the NAM for less than 24 hours and I was feeling really defeated. There was already a noticeable difference in the shape of her nose and with 5 days still left to go, I was really starting to worry that all the progress we've done was going to be set back. So I emailed Isla's ortho and asked him if there was anything I could do in the next few days to at least maintain what we've done so far. And to my surprise...he had already fixed the NAM for us!! Apparently Isla has been one of his best patients as far as progress goes, and he also wanted to see her go all the way through with it. So we went and picked it up...and I never, not in a million years, thought I'd actually be happy to see that thing! 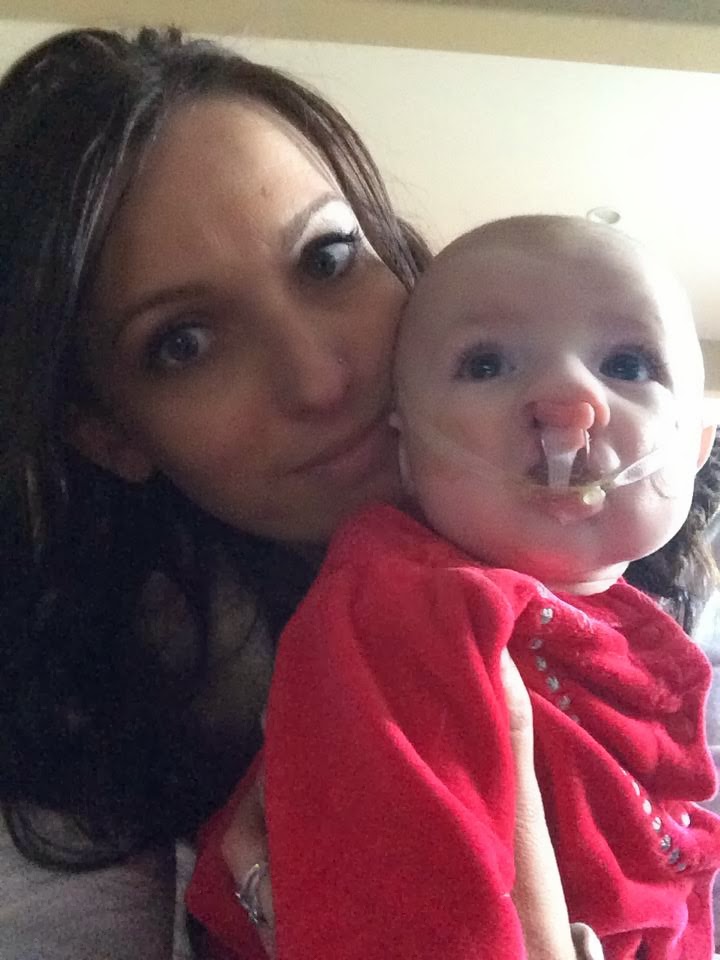 But as we were driving down to San Diego I got a call from the hospital. They've moved up her surgery date again! Now it's on Tuesday the 11th!! Only 4 days away, yikes!!!﻿
Posted by Dara at 2:43 PM